After the AMD launch earlier in October, we thought things couldn’t get worse for Intel, however it looks like after Apple dumped them earlier this year to create their own processors – it looks like things have in fact gotten worse.

On November 10 Apple announced their new M1 chip on a live stream in front of around 200,000 people, and the YouTube keynote has been watched around 9.2 million times since. The M1 chip introduced a new stage in Apple’s development as it is produced on Apple silicon – ditching Intel in the process.

The move to their own silicon has proven itself as the processor is looking very impressive (however keep in mind there are no benchmarks as of yet so we will have to wait for that) and it is the first CPU that uses 5nm architecture, showing Intel and AMD that it is possible and we could see one coming from either of them in the coming years. Many improvements can be made because of the switch to 5nm and this is proven in the early performance they have shown. The battery in the new MacBook is outstanding as it is no longer throttled and Apple claims that the MacBook Air’s lasts “15 hours when browsing the web and 18 when playing Apple TV” this is an outstanding improvement over the previous generation MacBook around a 1.5x generational increase in how long a battery is used up after full charge.

Moving on to the CPU, it has eight cores, however four are specially designed to have faster performance and the other four have a focus on being power effective. The M1 matches the Intel cores in the iMacs for performance and at a quarter of the power consumption! This blows the Intel chips out of the water completely.

Very recent benchmarks have shown the integrated graphics onboard are surpassing that of the GTX 1050ti and RX 560 according to a new benchmark submission. It looks as if the GPU can handle roughly 25,000 threads and 2.6 TFLOPS which is just lower than the GTX 1650’s 2.9 TFLOPS, the GTX 1650 is a good entry-level card for new gamers so this looks very good for Apple if their integrated graphics are achieving the same levels as dedicated graphics cards.

Finally, what kind of an impact will this have on the tech industry? Firstly, Intel shares have been taking a beating all year and are at a 3-year low and their market share is getting smaller to AMD every quarter, most recently a 64% (Intel) versus 36% (AMD), however Intel have had around 80% market share since 2015. Unless Rocket Lake proves its worth, which it does not like as the CPU set for early 2021 will still be on the “ancient” 14nm, could spell trouble for Intel as AMD have regained the crown for single-thread performance on benchmarks earlier this month overtaking the i9-10900k. It is set to be a dreary 2021 for Intel as the planned move to 10nm by 2016 (yes that’s right 2016!) has come and disappeared; this time next year we will know if Intel has turned things around otherwise the technological landscape could be shifting very quickly. 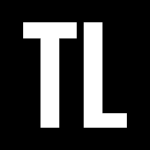